The Mexican Secretariat of National Defence (SEDENA) has launched a program to procure new radars for its northern border with the United States, according to SEDENA documents published through the Ministry of the Treasury (SHCP). The new Integrated Air Surveillance System (SIVA) will operate four Northrop Grumman AN/TPS-78 3-D long-range radars in Mexico’s southeast border with Guatemala and Belize. The northern surveillance system’s main role will be to provide early warning on illegal flights over northern Mexico as well as guarding the area against conventional or terrorist attacks, significantly bolstering the existing coverage provided by radars mounted on aerostats operated by the US Department of Homeland Security. The radars will have a secondary role in assisting disaster relief operations near the border.

The US-Mexico border area is a vibrant economic hub through which over USD1 billion in legal trade passes each day. The Mexican security forces currently rely on data and information shared by the US Department of Homeland Security collected from land-based radars and sensors mounted on aerostats on the border. This new program aims to create Mexico’s own airspace surveillance capabilities. 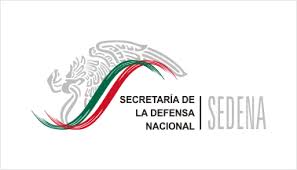 The organization of the Mexican armed forces is distinct from that of many other Latin American nations. Instead of a single ministry consolidating the command of the army, navy, and air force, two government ministries are directly responsible for national defense: the Secretariat of National Defense (SEDENA) and the Secretariat of the Navy. The head of each of these secretariats is a military officer who holds cabinet rank and has regular, direct access to the president of the republic, who is the supreme commander of the armed forces.